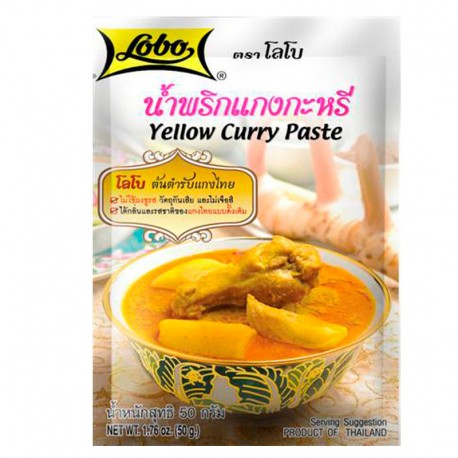 Yellow Curry, or “Kaeng Ka-Ree” in Thai, is one of three major kinds of Thai curry that are commonly found in Thai restaurants in the West

Yellow Curry, or “Kaeng Ka-Ree” in Thai, is one of three major kinds of Thai curry that are commonly found in Thai restaurants in the West. As in traditional Indian curry, Thai yellow curry includes turmeric as one of the vital ingredients, giving the curry its typical golden-yellow hue.

In fact, depending on the region, some Thai yellow curries resemble Indian curry while remaining distinctly Thai in taste.This curry is milder and often less oily than other Thai curries. Like “curry rice” in Japan and Korea, and a variety of mild Chinese “curry” dishes, it is the result of the influence of British naval cuisine, disseminated across Asia in the late 19th and early 20th centuries due to British military presence.

This curry, while rich in dried spices, contains relatively little chili heat, hence its popularity on menus outside Thailand. It originally incorporated the quintessential Anglo-Indian invention, curry powder, into the traditional curry paste. The primary spices in kaeng kari are cumin, coriander, turmeric, fenugreek, garlic, salt, bay leaf, lemongrass, cayenne pepper, ginger, mace and cinnamon. Sometimes a touch of palm sugar or a similar sweetener will be added, depending on the sweetness of the coconut milk.

Yellow Curry paste LOBO brand is made from the fresh ingredients and very easy for use.