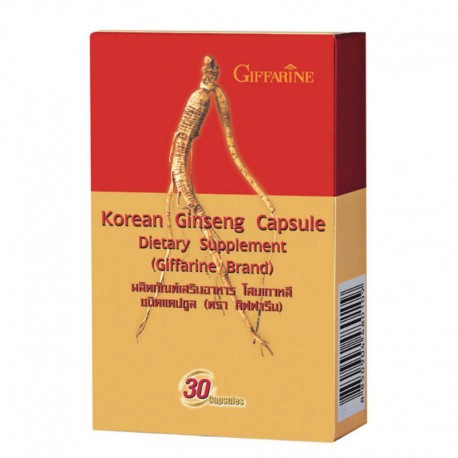 Ginseng is one of the most effective anti-aging supplements, with the capability of alleviating some major effects of aging
From Korean Ginseng

The herb ginseng has been used for thousands of years to improve people’s overall health. Read on to learn more about the benefits that it can have for you.

The term ginseng refers to the species within Panax, a genus of 11 species of slow growing perennial plants with fleshy roots, in the family Araliaceae. These plants grown in eastern Asia, typically in cooler climates. The two major species are American ginseng (grown in the Midwest of America and exported to China) and Asian ginseng. Ginseng is known to be an adaptogen – adaptogens are substances that help the body to restore itself to health and to work without side effects.

Siberian ginseng is actually not a ginseng at all. It is another adaptogenic herb with a woody root rather than a fleshy root. Unlike true ginsengs, it contains eleutherosides instead of ginsenosides.

Uses and Benefits of Ginseng:

Ginseng can be used to improve the health of people recovering from illness. It increases a sense of wellbeing and stamina, and improves both mental and physical performance. Ginseng can be used to help with erectile dysfunction, hepatitis C, and symptoms relating to menopause, and can also be used for lowering blood glucose levels and controlling blood pressure.

Ginseng has been shown to reduce the levels of stress in both men and women. Those that take ginseng regularly are able to withstand higher amounts of physical and emotional stress.

The root of Asian ginseng contains several active substances called ginsenosides or panaxosides that are thought to be responsible for the medicinal effects of the herb. Asian ginseng is “warming” while American ginseng is “cooling”.

Because of its adaptogenic effects, it is widely used to lower cholesterol, increase energy and endurance, reduce fatigue and the effects of stress, and prevent infections. Ginseng is one of the most effective anti-aging supplements, with the capability of alleviating some major effects of aging such as degeneration of the blood system, and increasing mental and physical capacity.

Siberian ginseng is well known for its ability to fight fatigue and ward off colds and flu.

Ginseng comes in a range of forms including tablets, capsules, softgel, powder, extracts, teas, and creams.

When choosing a ginseng supplement, look for one that is made with high quality ingredients, and that has been processed as little as possible. Ensure that the supplement has at least 7 percent ginsenosides. Start at the lower end of the dosage range and slowly increase your intake.

Potential Side Effects of Ginseng:

Ginseng is usually a very well-tolerated herb when it is taken by mouth. The most common side effects are headaches and sleep and gastrointestinal problems. Be aware that ginseng can cause allergic reactions. With ginseng, the ability to concentrate may be decreased and blood sugar may decrease to abnormally low levels. Because ginseng has an estrogen-like effect, pregnant or breastfeeding women should not take it.

American and Asian ginsengs are stimulants and can cause nervousness or sleeplessness. Other reported side effects include high blood pressure, insomnia, restlessness, anxiety, euphoria, diarrhea, vomiting, headache, nosebleed, breast pain, and vaginal bleeding. Siberian ginseng can cause nervousness or restlessness in some people and, in rare cases, may cause diarrhea. This form of ginseng is not recommended for people with high blood pressure. If taken too close to bedtime, Siberian ginseng may cause insomnia.